The UK House of Commons had introduced its Medicines and Medical Devices Act last year. This year, the bill got confirmation and has been passed as a law. This bill is primarily centred on the patient’s safety, a concern that has been raised in EU MDR and EU IVDR as well. This bill also discusses mechanisms for

Why was Medicine and Medical Devices Act Introduced?

The primary focus of passing the Medicine and Medical Devices Act was to provide a UK equivalent to the EU MDR. However, a primary reason that led to the formulation of this Act was a report published by Independent Medicines and Medical Devices Safety (IMMDS)Review. The report indicated several harms and problems caused by various medical device products and their components, such as

The IMMDS review not only indicated these problems but also provided the solutions to counter them. These recommendations include

The Medicines and Medical Devices act began from the House of Lords. In its later versions, many amendments were made to include the recommendations of IMMDS. Also, its final version greatly emphasizes patient’s safety importance.

Steps to Get Prepared for UKCA Compliance

After Brexit, the medical device regulatory environment of the UK is changing rapidly. Now, the CE mark will become obsolete once it reaches its deadline of 23rd June 2023. Instead, the manufacturers will be required to attain the UKCA (United Kingdom Conformity Assessment) certification.

Here, five steps are being listed for showing compliance to the upcoming UKCA.

1. Identification of Data Gaps from Previous MDR and IVDR

The existing EU MDR will continue to function in England, Scotland, and Wales until June 2023. During this period, significant resources will be invested in complying with this infrastructure. However, after this period, UK-based manufacturers will have to shift to UKCA. Therefore, the manufacturers should start assessing gaps present in data and documentation while planning to eradicate any unwanted duplication of activity.

2. Reviewing the Compliance Effort for Each Product’ Portfolio

Showing compliance to this new requirement will add up the financial burden. Therefore, businesses should focus on reviewing the portfolio and regulatory status of each product. It is advised that the manufacturers develop a risk matrix based upon the following parameters:

Those medical device manufacturers situated outside the UK should hire a UKRP (UK-based Responsible Person). For every UKRP, it is a must to have

These parameters are necessary for the UKRP to register with UKMHRA (United Kingdom Medicines and Healthcare products Regulatory Agency). After the manufacturer has appointed a UKRP, he should establish clear communication channels for better coordination.

4. Preparing for the Change

The UK-based manufacturers and importers are likely to see a surge in administrative tasks after June 2023. They can also anticipate several issues arising in the supply chain. All of these problems will increase the overall costs of the project. Therefore, it is recommended that all the stakeholders start accepting and incorporating this change into their existing working methods.

5. Being Aware of any Updates in MHRA

The manufacturers must constantly keep themselves up-to-date with any changes announced by MHRA and other UK-approved bodies to avoid any setbacks.

TSQ and E is an official and authorized consultancy provider for UKCA. We are helping both UK-based and non-UK based medical device manufacturers in understanding the regulatory requirements of UKCA along with all the implications of the UK Medicines and Medical Device Bill 2021. 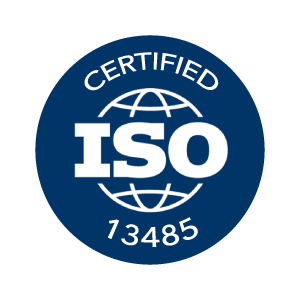